Click here to find new and reconditioned stairlifts around Blackpool

This blog is part of a series from Castle Comfort Stairlifts that profiles the Blackpool areas we serve and where our stairlift offices are plus facts about the region. Also we will give you links to stairlift information or frequently asked questions about stairlifts to guide you in making the best decision for your family.

Blackpool is the most popular holiday destination within the UK attracting more tourists each year than London. Blessed with it's 7 miles of sandy beaches, 3 piers and it's spectacular illuminations it's no surprise that many older folk choose to retire to "Britains favourite seaside destination," to take advantage of the coastal climate, warm northern hospitality and reasonable living costs. It's iconic Blackpool Tower, modelled after the Eiffel tower in Paris, has a lift to get you easily to the top for the scenic views from 38o ft up. Otherwise it will take you 536 steps to get to the top of this building, something which their engineers have to do. Luckily our Blackpool stairlifts engineers are well practiced at a more modest 13 step stair lift installation at a modest price too.


Can you imagine curved stairlifts riding to the top of the Blackpool Tower? It's such a landmark that on a clear day you would be seen gliding up it from as far away as Barrow-in-Furness, Lancaster, Liverpool, Manchester, Preston, Chorley, Lytham and Southport! The whole of Cheshire can be seen. 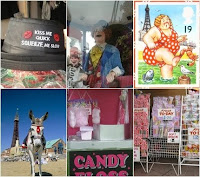 Aswell as the tower itself there are other attractions in the building at the base. Firstly the Tower ballroom where Strictly Come Dancing has its finale shows. There is also an aquarium, a 1700 capacity family pub and shortly a Blackpool Tower Dungeon attraction featuring special effects and a scary ride.


More rides than you can shake a stick at are to be found at Blackpool Pleasure Beach. This family owned amusement park started in 1896 and is still run by members of the same family. The longest serving chairman of the company who was still running the company aged 101, oversaw the installs of rides like Ice Blast, Valhalla and Europes tallest and fastest rollercoaster The Pepsi Max Big One. A scary ride isn't something your family member will get when they climb stairs on super safe and steady new stairlifts from Castle Comfort Stairlifts!

Blackpool also claims 12 entertainment venues in one location with its Winter Gardens venues like the Empress Ballroom and Opera House hosting everything from West End shows, world class ballroom and other dance competitions aswell as the World Matchplay Darts championships. Stoke on Trent's own Phil "The Power" Taylor has won this championship more times than any other darts player securing an unbeaten 28 consecutive match wins. He is also the current championship holder. Another sport that Blackpool is now known for is its football. Blackpool FC are now in the premiership having scaled a record breaking four division climb to the top flight, as can be seen from the graph above and they also hold the record for being promoted through all four divisions via the playoffs.

Fleetwood is Blackpool's near neighbour and serves as a quieter contrast to the buzz of Blackpool. Orginally one of the top 3 fishing ports in the UK it has had tourism, fish processing and port activity as its main industries. However it's most famous export now isn't its fish, its the Fishermen's Friends lozenges which are exported to over a hundred countries. Some abroad aren't taken by the original flavour designed to soothe the throat and chests of Lancashire folk with a cough so they are now available in cherry, apple and cinnamon and lemon flavours too.


Lytham St. Annes is most well known nowadays for its Golf Links having 4 championship courses including the Royal Lytham & St. Anne's, which is used for the British Open. Situated on the River Ribble the town attracts many visitors who come to see the estimated quarter of a million migrating birds who land here for a rest stop on their journey to and from home. Fairhaven Lake has an RSPB centre for this aswell as hiring sailboats and canoes for visitors. Lytham boasts quiet parks, flower displays & historic houses like the Lytham Windmill. Residents can promenade on the front and visitors can admire the 5 mile beach and sand dunes. There are many upmarket shops and restaurants here and for the older resident tennis courts & bowls are available at Lowther Gardens. Southport is another seaside resort that is known for the 2nd longest and oldest pier in the country. It has lots to amuse the family on a traditional seaside break although what is not that well known is that Emperor Napoleon, the last King of France lived for 2 years on Lord Street in Southport. At the time Lord Street had many elegant buildings and wide tree lined roads around it. It is believed he took these design ideas and incorporated them when he rebuilt Paris in the late 1800's. The town hosts an annual air show, Southport flower show and also a Sandgrounder Beer Festival. The town is probably best known for golf, being situated on the Golf Coast with its large number of local courses. The Royal Birkdale Golf Club is situated in the dunes to the south of the town and is one of the venues of The Open Championship. It has also hosted two Ryder Cups.


As with all our regional Stairlifts Blogs, we have the main towns in the Blackpool region, along with a selection of noteable residents – past and present. It’s always remarkable, how many people do not know just who comes from their own town. 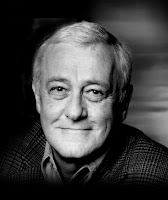 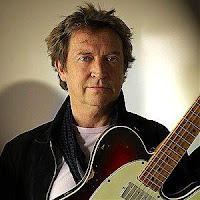 Andy Summers – guitarist for The Police.

Syd Little - half of comedy duo Little and Large 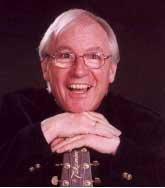 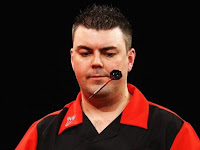 If you know of any more famous names from the Blackpool region for our stairlifts blog then mention them in the comments. We will gladly add them in.

The local council at Blackpool didn't make themselves too popular when they
suddenly removed a Blackpool stairlift that a 90 year old war veteran was depending on.
Press national and local reported it as well as the BBC.

Click here to find new and reconditioned
Stairlifts around Blackpool