Click here to find new and reconditioned stairlifts around Burnley, Nelson and Colne

Burnley began as a collection of small farming hamlets before growing in to the large town it is today in the Borough of Pendle. Famous for its nearby Gawthorpe Hall pictured left

which is run by the National Trust, it was designed by the same chap who also designed the Houses of Parliament. Hear Hear.


In the 17th Century the town was known for the weaving of wool, situated as it was close to the sheep farming moorland of the South Pennines. When the Leeds and Liverpool canal was built in the late 1800's the town really developed and by 1866 was the largest producer of cotton cloth in the world having nearly 100,000 looms in the town. Aswell as the weaving the other local industry was coal mining as the town had a dozen pits within the area. These industries have declined like a lot of other towns to be replaced by aerospace and automotive industries locally.

The local team Burnley FC was a premiership side in the 2009/10 season and currently plays in the Npower league. It is one of only 3 teams to have been champions of all 4 league divisions. The "Clarets" as they are known also have the accolade of the highest ratio of football match attendance per population in the UK and train on 2 pitches in the grounds of Gawthorpe Hall pictured.


The town attracts shoppers to its Charter Walk shopping centre and soon to be completed Oval Shopping Centre. Many people visit its nightlife too as with easy access to the M65 you can get here from Manchester and Leeds easily. It's also the best road for our stairlifts engineers to get to Nelson, Colne and wider parts of the Lancashire and Yorkshire region too.

Nelson was originally the two settlements of Little and Great Marsden but when the railway came and it also developed as a cotton town, the stop was re-named Nelson after the pub near to the train station and the name stuck.

The town is known for being the birthplace of Thomas Fryers Victory V pastilles the name being conjured up whilst Thomas was in the previously mentioned Nelson Inn pub. The original Victorian recipe included chloroform and ether aswell as acacia gum, liquorice extract, glucose syrup, linseed oil and menthol. Still in production and ideal for colds and those with asbestos-mouthes, it's as fiery as ever.
Britains most dangerous road also runs through here. According to the BBC a 15 mile stretch of the A682 is listed as the highest risk road in the UK and the injuries and deaths over the last decade have been the equivalent of 5 major railcrashes. So be careful out there.

Fresh news today is that a firm that relocated to India with it's callcentre is now relocating to Burnley because it would work out cheaper.  See here for the details.  We can't guarantee a stairlift cheaper than Bombay but regardless of where you live in the UK and especially in the Burnley area, you can be sure of getting the best choice and price on your stairlift through Castle Comfort.
Give us a call on 01282 899 809 or 0800 007 6959. 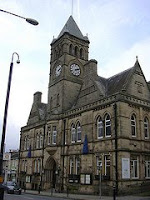 Colne was more of a wool weaving town having 30 mills in the late 18th century, the largest of which had nearly 2500 looms. The town is also the birthplace of the Boundary Mill Stores, home and cothing outlet chain. Every August Bank Holiday the town is the venue for the Great British Rhythm and Blues Festival which attracts people from all over Europe.

Here, as with all our regional Stairlift Blogs, we have the 3 towns of Burnley, Nelson and Colne along with a selection of notable residents – past and present. It’s always remarkable how many people do not know who comes from their own town. 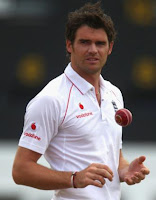 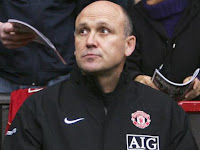 Click here to find new and reconditioned stairlifts around Llandudno

This blog is part of a series from Castle Comfort Stairlifts that profiles the Llandudno area we serve and where our stairlift offices are plus facts about the region. Also we will give you links to stairlift information or frequently asked questions about stairlifts to guide you in making the best decision for your family.


Llandudno itself, as a town, sits beside the sea, something that your relatives and you have done over the years. Many people have moved here to retire and from Victorian times it has flourished as a seaside resort. With fresh bracing sea air, a walk along the front or for the more active exploring the scenery of the Great Orme, Llandudno has delighted families for generations. If you take the strenuous climb up to the summit of the Orme via Happy Valley you will arrive up top to drink in the scenery. For the less active or less able, the tram or cable car can take you to the summit. Just as easy as a stairlift can take a Llandudno resident up the stairs. 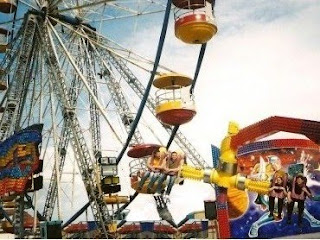 Many who lived and worked in the North West and Midlands have holidayed here as the town has a choice of two beaches. Those who like sand dunes prefer the quieter West Shore or the more popular Victorian Promenade beach on the North Shore and where the Pier is located, which incidentally is the longest pier in Wales. Many retired Cheshire folk live here.

The North Shore is the setting for Venue Cymru which is the main building and landmark along the front. This is now North Wales's largest venue for concerts & has capacity for touring productions of West End shows, chart topping bands & orchestras, singers, comedians and other entertainments. An enduring family favourite, like Castle Comfort Stairlifts, Llandudno is where you can find your candy floss & rides for the kids, as well as stunning scenery & there are extensive shopping opportunities for the adults.

Here below, as with all our regional stairlift blogs, we have some of the main towns and cities in the region – along with a selection of notable residents – past and present. It’s always remarkable, how many people do not know just who comes from their own town of LLandudno.

Paula Yates, TV personality and was the wife of Bob Geldof.

Click here to find new and reconditioned
 Stairlifts around Llandudno