Have A Go Hero Helped By Castle Stairlifts London

Business journalist Geoff Ho of the Sunday Express was one of the heroes who helped prevent more lives being lost when he was caught up in the London Bridge terror attacks.

He is recovering in hospital after one of the trio of attackers stabbed him in the neck, but he wasn't going to let them get away with it as he used his martial arts on the terrorists to fend them off and stopped them from stabbing more people.

“The people who attacked me were not representative of Islam and my Muslim friends – with whom I stand in solidarity.”

Geoff – seen covered in blood being led away by the emergency services – puts his survival and that of those he defended down to his martial arts expertise. 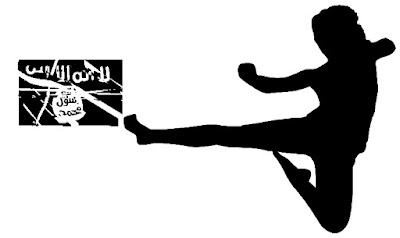 Geoff was having a quiet drink and something to eat when the fanatics burst into the steak restaurant "The Black and Blue" in Borough Market.  People hid under tables or froze to the spot but he acted quickly to tackle them. Geoff has urged people to be strong in the face of these threats.

Using his years of counter attack training in kung fu and kickboxing, he fought them off with other diners, until the police arrived soon after.  He is unavailable to the media at the moment and wishes to have privacy for this family, but when he is out of hospital he will be available for comment by the press, and thanks well wishers for their support.

One of his true Muslim friends has set up a fundraising page on his behalf on gofundme which is one of the top trending campaigns currently.  Keith from Castle Comfort Stairlifts who is often in London on stairlift  business felt it to be an important cause and so has made a donation to the page which will go to the London Air Ambulance and the Red Cross.  You can also make a donation by clicking on his picture below.

Stair Lift Accidents Could Be Avoided

Recent news from a Berkshire coroners inquest showed us the case of an unfortunate death involving a stairlift, and highlights what lessons could be learned for consumer buyers of these products and also what could be incorporated into training for the user, by installation companies.

Senior Coroner for Berkshire Peter Bedford said: “Despite Mrs Hall's years she appeared to be remarkably fit and active. She preferred to stand up on the stair lift. Clearly she has overbalanced while holding a cup of tea and was not able to block her fall. I offer my condolences to her family.

We don't know the details of how long the stairlift had been installed for, so it may well have been fit for purpose initially, but we all know elderly people who have medical conditions that worsen as they age, and maybe if a different type of lift had been installed more recently then we would not have had this loss of life.

A year from celebrating her centenary Mrs.Hall was fit and active, yet required her stair lift to help her on the stairs.  We cannot comment on the methods of the installation company that would have put the lift in, and whether the user would have been sufficiently trained to use the lift safely. We can only hope that this was the case, as it always is with all our installations.
According to the family she had got into the habit of standing on the stair lift, rather than sitting on it. The footplate of the seated chair is for the short step up and down onto or off the actual chair itself. It is not designed to be stood on for the entire journey of the stairs. Unfortunately the lady struck her head whilst standing, and fell on the stairs and was hospitalised. She died 8 days later from a brain injury.
Maybe a better lift for this lady would have been a perch stairlift, also known as a sit /stand model.  As a stairlift supplier covering Berkshire we would have recommended the perch model for those that wanted to, or needed to remain standing on the stairs, whether through preference or a medical need.
Here's a picture of one below and as you can see they are ideal for those who find bending at the hips difficult, or who just prefer to stand on the staircase whilst travelling.
The perch lifts are better for those who cannot bend as easily at the hips or the knees or who may have replacement joints, and are also ideal for a narrow stairs installation.
The lesson here for families considering buying a stairlift is to make sure that in an ongoing way that you are caring for your relative by looking out for changing needs with regard to their mobility.  It could have been that the family was unaware that such a thing as a perch lift exists.

Here's a close up view of a couple of perch and sit stand models. 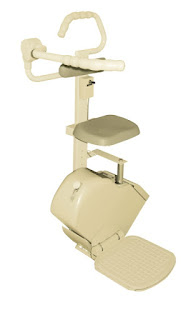 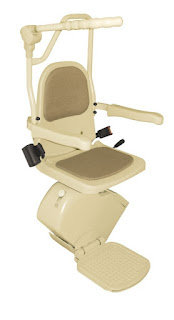 If you feel concerned by any of the issues raised in this article feel free to contact us anytime, as we aim to give no obligation advice to everyone about stair lifts. If we can't help you then we usually know someone who can. Contact us today by calling 0800 007 5050 or visit the website.

Freddie Knoller – One of Life's Optimists

His name may be familiar to world war two historians as well as keen One Show viewers, as Freddie, a recent stairlift customer, is an author of two books about his life during WWII, “Desperate Journey," and “Living with the Enemy” (pictured) You can click the book to visit his authors page at Amazon. 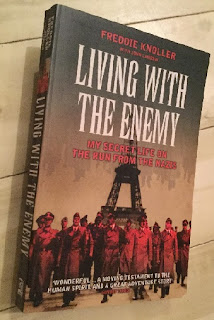 He has also been featured in a BBC film “Surviving the Holocaust” which documents his life during the occupation of mainland Europe by Nazi Germany.

Born in Vienna, Austria his journey to escape anti-semitism was quite harrowing, and included his internment in a number of concentration camps including Belsen and Auschwitz.

He hadn't thought to share his story until 35 years later, after prompts from his teenage daughters, and despite some of the worst moments in the camps when there was no food at all for many weeks, he credits his hope and faith for the future in helping him through.

He continues to give educational presentations for the Holocaust Educational Trust, and still has a lively voice and keen sense of humour. Part of his talks include his colourful tales of his time working as a tour guide around the cabarets of Paris while under German occupation.

Here's a video of Freddie in action.

Freddie is now 95 years young and always thinking ahead, he has recently purchased a stairlift from Castle Comfort Stairlifts for his London home, though he is not at the stage of needing it just yet!

He has contemplated his future requirements, and we feel that for someone of his age, that is a very wise move. In conversation with Keith from Castle Stairlifts he is planning for the stairlift to be returned when it might not be needed in15 years time, when he will be 110! Who knows, at the rate he is going he could very well still be riding it every day even then.

Here's a clip of their conversation below.

Now there may be many others reading this article in their nineties who served in the war or their spouse did, and they might now be thinking of planning for their own future, just like Freddie.

If you would like to set yourself up at home for when you can't walk up the stairs, then you may be able to claim a part-payment grant for the purchase of home mobility equipment such as a stairlift, if you are in financial need. You can fill in our enquiry form here to get a fuss-free quotation to think about, then you can know what to expect.

We have worked with many different funding sources over the last 20 years, and for service men and their families we have found that SSAFA could be a charity that offers help for ex-service personnel.
For more details you can visit their website at www.ssafa.org.uk
or call us today on 0800 007 5050 to find out more.