We offer branded stair lifts at reasonable cost and completed with a quick and tidy install. All installations are guaranteed and come with our legendary service quality. 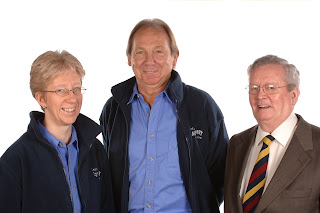 (If you need a stair lift, we'd like you to read and enjoy this blog first - but if you are in a rush and need the facts on stair lifts first - go here for the best stairlift prices - then bookmark this page for later)

Castle Comfort Stairlifts have never worried about being able to provide an efficient service in the Manchester region. The best motorway system in the United Kingdom means that even travelling from Stafford, south of Stoke in Trent in Staffordshire to the England’s ‘Second City’ never takes much more than an hour.

But recent increased demand has resulted in Castle Comfort expanding its offices to
Manchester City Centre.

Our Manchester stairlifts office is as follows
Castle Comfort Stairlifts Ltd Advantage Business Centre, 132-134 Great Ancoats Street, Manchester, Lancashire M4 6DE ()
From here, the whole of Manchester and indeed the Lancashire region can be even better served and is even closer to the population of over two and a half million in Greater Manchester where this popular family chair lift business have already installed a huge amount of straight and curved jobs over the years. Folk in Manchester seeking stairlifts - can hop down to the head office showhouse very easily.

Many stairlift orders have come through recommendation – but the national press advertising campaign in the past two years in the Daily Mail, The Mirror, The Times, The Telegraph and the Sun – offering stairlifts at an ingoing price of just £995, has caused a huge reaction from Mancunians, the demonym used to call folk from this city. What’s a demonyn? It’s not someone bad. Find out here

Often known as ‘the capital of the north’ or ‘the warehouse city’ the Metropolitan Borough of Manchester has a population of 465,000- and Greater Manchester in its entirely contains two and a half million people. If just 2% of this second most populated area of the UK (in relation to its size) – need a stair lift in the future – then Castle Comfort are going to be as busy as ever! The aficionados of population statistics can feed their addiction here. And those who revel in other somewhat monotonous facts will just love this.

Manchester is the third-most visited city in the United Kingdom by foreign visitors and the most visited in England outside London. Chester and York are the others. The city has the famous Granada Studios, still the home of the most famous soap in the world, Coronation Street. One of the most memorable editions, containing Stan & Hilda Ogden's 'flying ducks' scene is immortalised here.

Manchester was the host of the 2002 Commonwealth Games, and of course has a pair of Premiership League football clubs, United and City. Manchester football fans are some of the most fervent in the world. Many believe the pop group Simply Red was named because its founder Mick Hucknall has red hair – in fact Mick is a Manchester United stalwart and chose the name because of his beloved ‘Reds.’
For a great interview with George Best on the eve of their champions league final see here.

In 1934 the biggest crowd ever in the UK at a league game was witnessed in Manchester. Stoke City visited Manchester City. It remains a mystery how the figure of 84,569 was finalised, as many watched the game from rooftops and other vantage points. Had stairlifts been around in those days to climb up the final total may have been higher.
Some quite odd things have happened since on that side of the city. In 1999, a City fan from Gizmoville threw an asthma inhaler on to the pitch during a disappointing home draw against lowly Northampton Town. Stewards made him take a deep breath before his ejection. Another ‘blue’ was banned in 1995 from bringing dead chickens into the Maine Road ground. He used to celebrate Manchester City goals by swinging the birds around his head. The mind boggles.

So, if you live in the Greater Manchester region, or in fact any where in Lancashire, and are stairlift shopping for yourself or a loved one, then contact Castle Comfort on 0161 452 3636 or Freephone 0800 007 6959. Followers of any football denomination are welcome, but please - no asthma inhaler throwers or those wielding dead chickens.


It is hoped that fans of Manchester United seeking a stairlift will not bear a grudge against a stairlift company because they originate from Stoke on Trent. Stoke’s own Premiership club, another City ie Stoke – has for many years been the Reds' ‘bogey team’ and over the years some remarkable surprise results have been achieved by the team from The Potteries. Therefore, any Manchester United fans seeking revenge at this point can poke fun or even throw darts here at a Stoke fan riding on a stairlift platform. By the way - do you like the cartoon? That chicken is from Stoke! See more cartoons here.

And don't forget, if you answer the blog quiz question below, you'll get a £50 discount voucher towards any Castle Comfort purchase, and we for every correct response, will contribute £10 to this very special Just Giving cause. (Runners in the 2010 Stoke 'arf marthon are not eligible to enter!)

??? Here we go, you Manchester pub-quizzers and brain boxes ....

WHAT IS THE OFFICIAL NAME OF MANCHESTER AIRPORT?

Clue - it begins with the fifth letter of the name of the product for which you have just searched.

Email your answer to info@castlecomfortcentre.com or use the reply coupon.

Was that too easy? Well here is one to test you more. Is a stairlift the same as a stair lift? Join in the discussion on our sister blog and your contribution guarantees £10 for Cancer Research.

... WE HOPE YOU ARE ENJOYING OUR MANCHESTER BLOG, IT IS ONLY ONE OF A SERIES OF CASTLE COMFORT 'CITY' BLOGS. YET THE SERIOUS PURPOSE OF IT IS TO HELP YOU FIND WHAT YOUR ARE LOOKING FOR. IF YOU SEEK A QUALITY TOP BRAND BRITISH STAIR LIFT, INSTALLED PERFECTLY, AT THE RIGHT PRICE, WITHOUT ANY HASSLE OR RISKS - THEN CALL US, KEITH OR ANN, OWNERS OF CASTLE COMFORT STAIR LIFTS.


EVEN IF YOU ARE FACED WITH THE EXTRA COST OF A CURVED STAIRLIFT, THEN THERE MAY WELL BE AN ECONOMIC ALTERNATIVE... IT'S CALLED A PLATFORM. IT IS GOING TO TAKE A STOKE CITY FOOTBALL FAN TO SHOW YOU HOW TO SAVE A LOT OF MONEY - GO HERE !   However, with the price of curved stairlifts having come down lot in recent times - a curved track is a better option.

Footnote - HEAVY DUTY STAIRLIFTS, often called heavy weight stairlifts, are also availible with 28.5 OR 30 STONE WEIGHT LIMITS. See our film of it here. Riser recliner chairs too. A bariatric stair lift has a high weight capacity, including a curved stairlift with a higher weight of 30 stone. Henry V111 may have been impressed .. David Starkey says here that the King invented the stairlift, and may it was even a heavy weight one!WE ARE HERE TO TAKE YOUR CALLS PERSONALLY FROM 8AM - 11PM ANY DAY INCLUDING SUNDAYS. OR SIMPLY USE THIS, OR..... VISIT OUR WEBSITE TO READ MORE. And zoom in on us too here on Google Maps.

Footnote - To meet requests - Castle's Manchester Stairlifts installation teams will shortly carry sample WHEELCHAIRS with them and information on on RISER RECLINER CHAIRS, ADJUSTABLE BEDS AND MOBILITY SCOOTERS. Just ask for a go of the famous featherweight Wheelchair - or a leaflet on the other in-demand products, such as WALK IN BATHS & SHOWERS.

Got relations in Birmingham? See their own blog here. And about their new homes here. Manchester, has of course a noteable Irish contingent and anyone looking for a stairlift for friends or relatives back home in the Emerald Isle can use the facilities of Castle's new stairlifts offcie in Dublin.

Why would a doctor be at number one on GoogleMaps? Here's a clue.

Someone once said that there is 'no such thing as bad publicity' - well after reading this - they will change their mind!

Finally, we wonder who saw Castle Comfort Stairlifts on 'the telly' - in fact, the BBC news,


because the directors of this company picked up on the fact that over 800 families were waiting for an essential grant from the council in the Staffordshire town of Walsall to provide stairlifts to those who couldn't afford to pay. Manchester - sadly contains many more. To highlight this awful situation, Castle Comfort Stairlifts did this - to embarass the civil servants - and get one family off the list ...

Here below, as with all our regional stairlift blogs, we have some of the notable residents (past and present) from the area. It’s always remarkable, how many people do not know just who comes from where they live.