Ireland Stairlifts office opens in Dublin - now finding a stairlift in Ireland for the right '€€€' is easy! 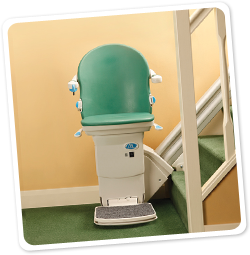 This blog, however, is part of a series from Castle Comfort Stairlifts that profiles the areas we serve and where our lifts offices are, plus we will give you links to stairlift information to guide you in making the best decision. 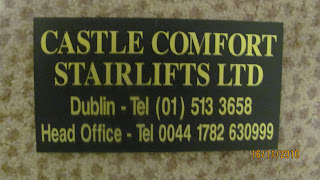 Stairlifts company directors Keith and Ann flew from Manchester to Belfast (and then on to Dublin) to open their new office there, after the success of their presence in Belfast. Knowing that stairlift prices in the Republic of Ireland have been too high for too long - and value for money is important and with many people having to buy their own (rather than get a grant) it seemed only fair to share their prices with the republic. Sometimes, the prices of stairlifts can seem a little monstrous, for different reasons - and one is a little bit of greed by some, and over the top selling techniques, but after you have had a glance here at Castle Stairlifts award winning blog we are sure you'll have every high pressure chairlifts salesman in Dublin and the rest of Ireland jumping in the Liffey! Habla espanol? - vea esto.

Staff based back at the Stoke on Trent head office have accused their bosses of going on a 'chair lift jollie' as it does not require two of them and the rumour is that Ann, a virtual tee-totaller, will be indoctrinated into the world of Guinness. We'll see - why not subscribe to this blog for updates?

Keith, MD is seen planted to seat A1 (definitely not a chairlift) warming up with a drop of red to go with the on-route snack. We guess director of stairlift sales Ann Bruce, is the camera girl. MEANWHILE FOR THOSE OF YOU TRYING TO FIND DETAILS OF NEW OR RECONDITIONED STAIRLIFTS, CURVED OR STRAIGHT, AT PRICES THAT WILL PLEASE, IN IRELAND OR NORTHERN IRELAND JUST GO..... HERE or phone us now on (01) 513 3658 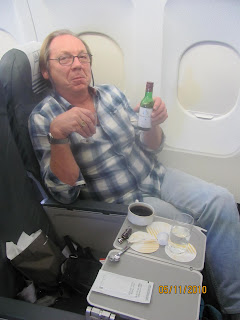 Subscibe to this blog to find out a few interesting things about what the Castle Comfort Group get up to, and it's not all connected with making a profit. This stairlifts firm's policy of always being ready to put things back in to the society from which their living is made, always gives the team there, great satisfaction. See here a few of the things they get up to! It is hoped to involve now, a few more folk in Dublin and the rest of Ireland. 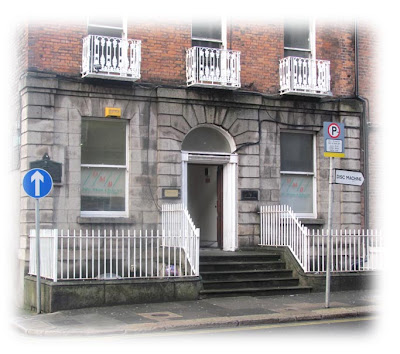 Well - after numerous pints of the black stuff holding things up, a deal was finally done with the Castle Comfort Stairlifts office in Frederick Street North, Dublin 1 - and it landed on a Google map straight away. Have a glance. We have a theory as to why the mother of all search engines worked so fast on finding this one. Within minutes of the Castle Sign going up ...... 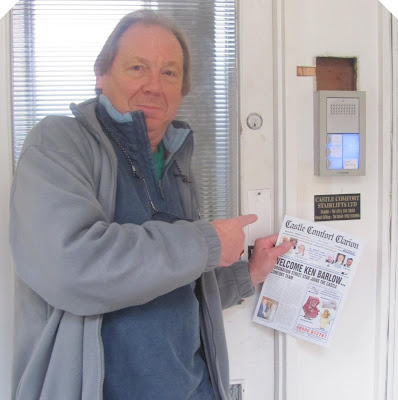 ...the latest office of this fast expanding stairlift extraordinaire was featured on page one of Google. Is it because according to a Dublin taxi driver (who are clearly the most knowledgeable of more facts than most search engines) - that GOOGLE IS THE BIGGEST EMPLOYER IN IRELAND? We'll look into that one. Maybe even Google it.

Now, where was this amazing business deal completed? In a real estate office? In the reception of a solicitors? Or the lobby of a luxury hotel? Well, not quite. In true Irish style, Keith the stairlift chief was summoned to what is apparently the most famous 'snugs' in Ireland - found in a drinking hostelry of fame and extensive repute, in Baggot Street, Dublin. It is to be found in the famous Toner's Pub that without doubt, boasts the best pint of Guinness in the Emerald Isle. 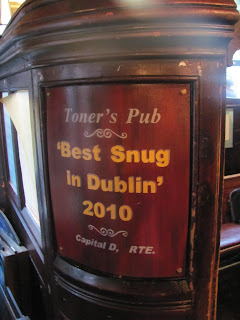 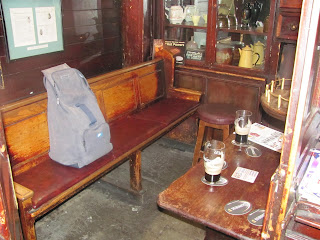 This snug, which appears to be reminiscent of a confession box to the none-indoctrinated, has been the venue over the centuries, of probably a million love affairs or maybe a million fights. Who cares which. Qualified 'Toner's tipplers' will claim that up to 22 people have been in at at one time, though there is barely room for more than three - with only basic Ryan Air type comfort - yet acceptable, due to it being a place to aspire to, rather than to tolerate. Watch this space for an Irish culture shock. Some of our comments may even shock the Irish themselves. This country is facing a temporary economic blip - a correction in the till - because like the UK a few years ago it is realised (with a bang) that more money is being spent than is being made. It is even crazier to spend it unwisely, because real essential needs go short. For example, many stairlift firms in Ireland have been enjoying high prices for their contracts because the government was coughing up. Now as folk are spending their own hard-earned cash for a gadget to get upstairs - they are searching for value for money. Firms like Castle Stairlifts, who have for several years been arranging a straight lift for say - £1200 - can now offer a chairlift at the same price in Ireland - or even less.

However, the skill available in this country and entrepreneurial spirit will see this blip sorted out. Ireland is full of brains.
See what Jon Snow of Channel 4 thinks after meeting two young Irish men on a train.

An extra €1 for finding each picture over ten - and there are lots! - just scroll through the pages. Email - pictureshunted@castlecomfortcentre.com

Read more about Castle Comfort Stairlifts team member STEPHEN AUKER and his amazing marathon efforts on behalf of something that will somehow affect all of us or someone we know one day.

Do you really think a man could run a marathon with a stairlift on his back? See - this and then you probably will ! Stephen's effort that day generated another £1,000 in sponsorship. And here, we bring you photographic evidence of his personal reward that day - a drop of that authentic stuff specially imported from Ireland! 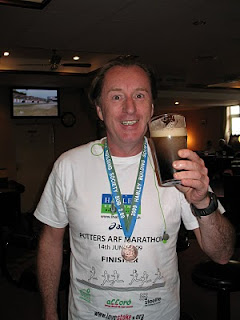