Click here to find new and reconditioned stairlifts in Limerick, Cork and Galway in Ireland

This blog is part of a series from Castle Comfort Stairlifts that profiles the areas we serve and where our stairlifts ie offices are plus facts about the region. Also we will give you links to stairlift information or frequently asked questions about stairlifts to guide you in making the best decision. 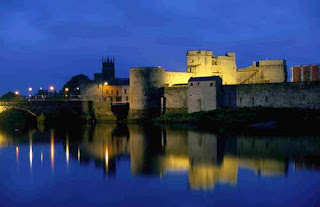 Ireland is a magical country with 26 counties in all. The county of Limerick is one of the many beautiful places in the isle and has Irelands third biggest city of Limerick which is the 4th most populated after Dublin, Cork and Galway - all areas served by your local stairlifts firm. The city sits on the River Shannon and was originally founded by marauding Vikings settling near the river in the 9th Century.


It is part of the wider Shannon region that includes Limerick, Clare, Tipperary and Kerry. Because of its position in the region between the wider counties and being an early port and trading centre it has prospered over the time to become what it has today. Limerick is famous for its medieval precinct where King John’s Castle (pictured) can be found. It's one of the best Norman re-designs in Ireland along with St.Marys Cathedral. King John also re-modelled many other castles including one in Nottingham England which has England's oldest pub in its basement – Don't believe me - see here. 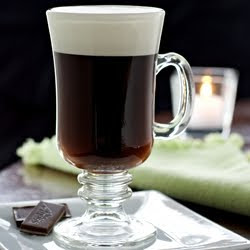 Did you know that the recipe for Irish coffee was first invented in the county at Foynes Harbour in 1943. The harbour was the port where flying boats came in from the States. On a wet and cold night the head chef there decided to add Irish whiskey and cream to some hot coffee to warm up the disembarking passengers. An American reporter was amongst the group who then popularised the drink in his national newspaper column. You won't have seen a copy of our own newspaper yet in Ireland - the Castle Comfort Clarion - that's our newspaper with mobility product offers, competitions, facts, figures, news and cartoons. If you want to see the latest issue you can find it at http://www.castlecomfortclarion.com/


It is reputed that the origin of the poetry-like verse called a Limerick comes from the town where wandering entertainers in Medieval times would compete for the crowds attention.

How about entering our Limerick competition? Compose a Limerick and comment on the blog below with it.

Here's one of ours:-

There was an old person who was getting quite miffed
Used to leg it upstairs, and be quite swift
Their family cared
thought it best to be prepared
So they sorted them out with a stairlift 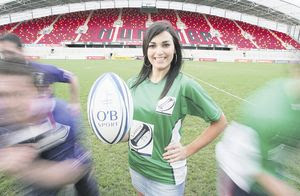 The county is particularly strong in sports like Gaelic Football and Rugby. In fact Limerick teams have won 13 out of 19 annual All Ireland Rugby League championships. You can watch a game at Limerick city's Thomond Park Stadium, which is home to the successful Munster Rugby team. It has been announced that for 2011 Limerick is the European Capital of Sport.

If you know of anymore famous folk from Limerick give us a call at our Cork office and we'll gladly add them in. The number to call for stairlifts in the South is 021 2363222