Stairlifts Andover - Home to the

For those of you living in Andover in Hampshire and in need of a stairlift, please watch our video before you make any decisions; or have a look at Castle Comfort Stairlifts' history and please give our local office a call on 023 8124 3046 (7am – 11pm).

Castle Comfort Stairlifts are a national agent of all the major manufacturers of stair lifts including Stannah who manufacture in Andover. From the video above, you will know that we benefit from vast experience in the industry and can advise you on the best product to suit your needs, and anyone choosing a stairlift is well advised to consider a Stannah, which after all is the most famous brand in the world - and rings of quality. The comments here, are typical of many we receive from our clients. And while reading what Mrs P says - please note that because her enquiry came through us, she took advantage of the special offers on our Google maps.  The lady not only claimed her free folding walk stick from our Swansea branch - she sent in her coupon again to our Devon office - and claimed from us, on completion of her installation,  the FIFTY POUNDS web-finders' bonus. We are delighted about that! Many folk don´t claim and we have to remind them.
In fact, the word Stannah is synonymous in our language for the product - just as a biro is a pen and and a hoover is a vacuum cleaner. ´Stannah´  hasn´t  appeared in the Oxford dictionary,  no stairlift brand has (yet) but Wikipedia gives an interesting history of the company´s origins - as it does also of the Castle Comfort  Group.

Map of Andover
Back to Andover which lies in the county of Hampshire west of Basingstoke and north of Southampton.  Andover is twinned with the towns of Redon in France, Goch in Germany, and Andover, Massachusetts.  In fact, there are 22 Andovers besides the one in Hampshire, all but two of these are in the USA!
Andover's connections or mentions by the early Kings of England are numerous.  By the time of the Doomsday book, Andover had a population of around 500, quite large for a village in those times; it also had 6 waternills for grain and wool.  Today Andover's population is approximately 52,000.
Back to history, by the 13th century merchants were granted permission to collect taxes locally, and Andover was able to hold court and try criminals.
Over the next few centuries Andover had a priory and a hospital run by monks.  Both were closed during Henry VIII's reformation!  Politics don't change much do they?
We all know that Henry VIII was the inventor of the stairlift!  His rather rotund shape caused him considerable immobility and so he developed a 'stairlift' on which his servants could drag him to wherever he needed to be.  Watch our video of the bariatric stairlift here.  Thank goodness we've moved on some since then!
Local attractions Rooksbury Mill is one of the few surviving water mills in the area.  Its existence dates back to at least the 18th century.  It functioned as a flour mill until early last century after which it was used as a theatre for a time.  Following an arson attack it was sold and its new owners have restored it to its former glory.
Harewood Forest
This small forest is about 4 miles long running between Andover and Wherwell; it originally belonged to Wherwell Abbey.  It is thought to be a remnant of the ancient Savernake Forest in nearby Wiltshire.   It is now a Heritage Area carefully managed and used for game shooting and recreation.
Andover's rich and famous
1960's band The Troggs (who sang Wild Thing) all came from Andover as did Mike Hugg from Manfred Mann, another 60's band.  Two notable football players, Nigel Spackman and Bill Rawlings both hail from Andover.  Lucinda Green of equestrian and journalistic fame was also born in Andover.  Women's magazine  editor in chief of Red and author, Sam Baker lived in Andover as a child – she has also been editor of Cosmopolitan and Just Seventeen Magazines.  Katie Piper , the model and broadcaster who suffered an acid attack in the face, also grew up in Andover. 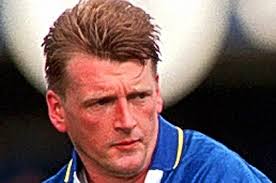 Lucinda Green - Equestrian/Journalist
Andover was the site of the first murder in Agatha Christie's The ABC Murders.
If you're no longer such a 'Wild Thing' and need a little help getting around, let Castle Comfort Stairlifts assist.  We can offer you brand new or reconditioned models.  Please give our local office a call on 023 8124 3046 to talk about your needs.
Just a little to the west of Andover is Thruxton, which is a lively village with a thriving community spirit; it has two pubs and various community groups including line dancing, singing, gardening, a book group, Women's Institute, pilates and a football team called KTF FC.
Film Director Rupert Wyatt (Rise of the Planet of the Apes) grew up in Thruxton.  However it's most well known for its motor race track.  Thruxton Circuit is known to be the fastest race track in the UK.  It only runs 12 days of motorsport each year including the British Formula 3.  Its history was that RAF Thruxton used to be based on this site and was used in WWII as an RAF and USAAF airfield and was also involved in the historic D-Day landings.
Thruxton Circuit

No longer a part of the RAF, the original airfield at the site is still used as a base for light aircraft and air ambulance.
Amport where Amport House is located still has connections to the RAF.  Used during the war as the Hq of the Maintenance Command, today it is the Chaplains School for the Royal Airforce.  Its gardens
were laid out by the famous farden designer Edwin Lutyens in the 19th century.

Sir Edwin Lutyens
So Andoverians, looking for Stairlifts in Hampshire, if you're in need of some mobility help, let Castle Comfort Stairlifts show you their understanding and professionalism.  Give them a call to discuss your needs on 023 8124 3046.