Click here to find new and reconditioned stairlifts around Aldershot

- Home to highwaymen and the army
Welcome to the very north east corner of Hampshire!  You don't need to feel out on a limb though because if you are looking for a stairlift, Castle Comfort Stairlifts can supply to anywhere in the United Kingdom as we are the national agents for all manufacturers.
Let us help you discover what is available and what works best for you by watching the video above and then giving us a call on 023 92 39 5095.
In the meantime let's take a tour of Aldershot located in north east Hampshire and dating back to Anglo-Saxon times it's thought to be named from Alder trees found in the area.
Just 37 miles west of London, 14 miles east of Basingstoke and 32 miles north of Portsmouth, Aldershot has a long-time connection with the British Army which has helped to grow Aldershot from a small village to a town.  Known as 'the Home of the British Army' it is not surprisingly there have been as many as 46 army barracks in and around the area.  If you aren't up to marching up the stairs give yourself a break and let a new stairlift from Castle Comfort take the strain for you and keep you safe.
Up until the mid 19th century Aldershot was little more than a stretch of common land;  Aldershot was part of the ancient settlement of Crondall mentioned in the Doomsday Book and as such inherited a number of Scandinavian customs thought to have been handed down by the Norse who came and settled.  These customs included the right for succession to be granted to the eldest daughter.  This was also the custom in other nearby towns Yateley and Farnborough and of course the village of Crondall. At one time it was thought of as dangerous to travel through this area between Bagshot and Farnham (both in neighbouring Surrey) as it was the scene of many a highway hold up – Dick Turpin is thought to have operated in this area living in nearby Farnborough in Hampshire best known nowadays for its annual Airshow.  If you want to avoid a highway robbery when buying a stairlift then give Castle Comfort a call.  We stand and deliver top brand lifts installed fast and at the best trade prices.
Give us a bell while our number is to hand 023 92 39 5095 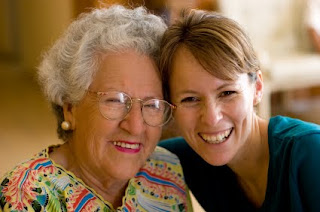 It was in the mid 19th century that Aldershot became connected to the British Army at the time of the Crimean War.  As the town gained in its importance and population, Queen Victoria became a regular visitor.  For her Jubilee in 1887 there was a large event in the town with 60,000 troops lining the Long Valley right the way from the Basingstoke Canal.
Queen Victoria If like Victoria you're not amused that you can no longer climb the stars, then please don't hesitate to call your local Castle Comfort Stairlifts office.  We can advise on the best way for you to make progress.  Our stairlifts will give you a new lease of life so please give us a call on
023 92 39 5095
The Military Town of Aldershot is separate from Aldershot the town!  Aldershot Military Town covers an area from Aldershot town to North Camp near Farnborough.  As a garrison town it comes under military jurisdiction.
The Military Town not only houses all facilities for the locally based soldiers but also some landmarks such as the Aldershot Observatory, the Aldershot Military Cemetery, the Royal Garrison Church and the statue of the 1st Duke of Wellington which is made from recycled bronze from cannons captured at the Battle of Waterloo and was originally intended for Hyde Park.  A number of military museums are also based in the Military Town.
Aldershot Observatory

1st Duke of Wellington on Copenhagen

Victoria and Albert had their own lodge – a wooden Royal Pavillion – built there for visits; Albert established the Prince Consort's Library which still exists there today.

During the early 20th century Aldershot had its own Military Tattoo; it was an international event held in the Rushmoor Arena.  This event was a premier for the now famous Edinburgh Tattoo.  The military continued to have the Army Show at Aldershot right up until last year (2010) when budgets determined its closure.
Aldershot was the target of the IRA in 1972 in a revenge car bomb attack for Bloody Sunday in Londonderry.  Seven civilians were killed including a Catholic priest.
Aldershot's connections with the rich and famous
Charlie Chaplin made his first stage appearance here at the Canteen Theatre when he was just 5 years old!  Winston Churchill was based in Aldershot Military Town during the 19th Century.
Charlie Chaplin Famously the Beatles played a very early gig at The Palais Ballroom in Aldershot; it was poorly advertised and poorly attended – just a mere 18 people.  Brian Epstein took over management of The Beatles shortly after this time and the rest is history ...
Other famous connections to Aldershot include

Heather Mills, cage-fighter Alex Reid, actor Martin Freeman and author and Booker Award winner Ian McEwan who were all born here; as was Mickie Most the music producer and Peter Yates film director and Amelle Berrabah, singer, song writer with the Sugarbabes; the world's most tattooed woman, Janet 'Rusty' Skuse was stationed at Aldershot for a time and then lived there with her tattooist husband. If you want to go places, then there's no time like the present to check out stairlifts from Castle Comfort Stairlifts, read our history to find out who and what we are and perhaps more importantly how we can help you.
Get in touch by phone on 023 92 39 5095.
Don't forget to take advantage of our £50 voucher to get the best deal on an already very reasonable price for your stairlift.